Great conductors possess a winning combination of people skills and musicianship to lead groups toward delivering audience-pleasing performances. Greater Greenwood Community Band is fortunate to have leadership of band directors who meet the needs of volunteer musicians and audiences alike. 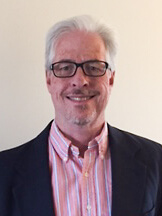 Randy retired from teaching in January of 2017 from the Lawrence Township Schools, Indianapolis, Indiana. He served 24 years of a 32 year teaching career in Lawrence Township. While at Lawrence Central High School, Randy served as the Director of Bands and Department Chair for Performing Arts. In January of 2017, Randy accepted a position as the Educational Support Manager (Central Region), for Conn-Selmer Inc. He now travels the country, working with bands, music educators, and collegiate music majors, presenting clinics on a host of topics and assisting schools with their music education initiatives.

Mr. Greenwell received his undergraduate degree in Music Education from Illinois State University (1985), his Masters in Conducting from Ball State University (1994), and his Masters in Educational Administration from Butler University (2008). Randy studied conducting with Stephen Pratt, Ray Cramer, and Stanley DeRusha. He has recently been named Music Director and Conductor of the Greater Greenwood Community Band on the South side of Indianapolis. Randy served on the Indiana State School Music Association State Board and the Indiana Band Masters Board on many occasions, and was President of both organizations in 2001.

In 2001, Randy was deemed a “Distinguished Citizen of Indianapolis,” and in 2000 he was named the Phi Beta Mu “Indiana Outstanding Band Master of the Year.” In the fall of 2017, Randy was selected to the Music For All/Bands of America Hall of Fame for which he will be inducted in March 2018. He has also been voted into the Phi Beta Mu Indiana Band Masters Hall of Fame and will be inducted in March 2018. Randy’s performance experiences include performing with Dizzy Gillespie, Roger Ingram, Everett Green, Bobby Shew, Jeff Coffin, and Patrick Hession, just to name a few. Randy performs regularly with the Heartland Big Band, and is active as a freelance musician. He arranges music for a number of competitive marching bands across the country and actively judges for DCI, WGI, BOA, and a number of state associations throughout the United States. Over the course of his career, Randy has had the pleasure of working with composers David Beckel, Sam Hazo, Robert Sheldon, Richard Saucedo, David Gillingham, Michael Krueger, Arturo Rodriguez, Michael Schelle, Eric Whitacre, Michael Kamen and Elliott Del Borgo.